Cambria is located along the California coastline. It is a beautiful place for people who love nature and the ocean. It provides a serene environment for people who want to relax and marvel at the beautiful architecture that defines Cambria. Some of the great tourist attractions include:

When you are at the Hearst San Simeon State Park, you will get an undistracted view of the coast. The park has a walking trail that stretches on for about 5 kilometers (3.3 miles), and it is surrounded by vegetation and birds. The park also allows people to set up camping sites.

The sight of seals rolling over and rubbing on each other is one that most people cannot avoid. This observation point is popular with families, including children, who want to watch as elephant seals bask in the sun around the beach. What makes it even more fabulous is the fact that you will not be charged anything, and you do not need to make a reservation. 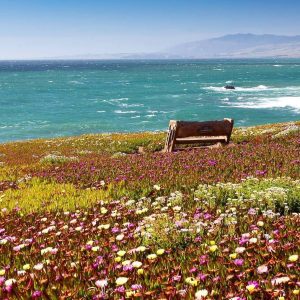 As the name suggests, this ranch was owned by the Fiscalini family for almost one century before it was sold to other developers. It is known to be a perfect spot to relax as you watch the shimmering waters of the ocean. It is continually being renovated to meet the growing needs of visitors.

The story behind this place is perhaps what draws more people into it. Legend has it that it was constructed from recycled items such as beer cans by an artist who was a loner. Despite being constructed several decades ago from waste products, it is still sturdy enough to allow the large traffic of people who walk in to see it. A small fee is charged on visitors to support eco-friendly movements around the ridge.